All Collections
What Legal Forms are Available?

What Legal Forms are Available?

Written by Bryan
Updated over a week ago

𝐕𝐀𝐔𝐁𝐀𝐍 specialises in the formation and administration of 'wealth containers', entities that are used to hold and manage private wealth. 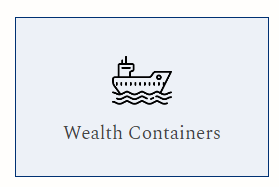 The main legal forms that can be used as a wealth container is as follows:

Companies are formed by making an application for registration to the local companies registrar, or by working through a corporate service provider.

Whilst jurisdictions have their own specific companies legislation outlining the standard structure, there are two general types of companies:

Depending on the local legal system, partnerships are formed by registration or an oral or written agreement (via a partnership agreement/deed).

Partnerships are valued for their pass-through tax treatment (which is however, dependent on the jurisdiction of the Partners), whereby tax is incurred and calculated on an individual Partner basis.

Whilst most jurisdictions have their own specific legislation or common law outlining the standard structure, there are three general types of partnerships:

Trusts were historically used by absentee landowners in order to secure their familial affairs. The original owner of the assets, the settlor, transfers the relevant assets for the benefit for the beneficiary, which will be administered by the trustee.

Generally there is significant variations in the types of trusts available (across the various jurisdictions) used as a wealth container and as such, a highlight is as follows:

A Segregated Portfolio Company ("SPC") is a cellular corporate structure, where segregated portfolios (of which the assets and liabilities housed within that particular cell is ringfenced from other cells) can be formed on a rapid basis.

In some jurisdictions, a SPC is referred to as a Protected Cell Company ("PCC") or a Series LLC.

A SPC can be used for the formation of and as an alternative to standalone SPVs.

Launch your Wealth Container now!
Did this answer your question?